How Do You Know If You're A Real Runner 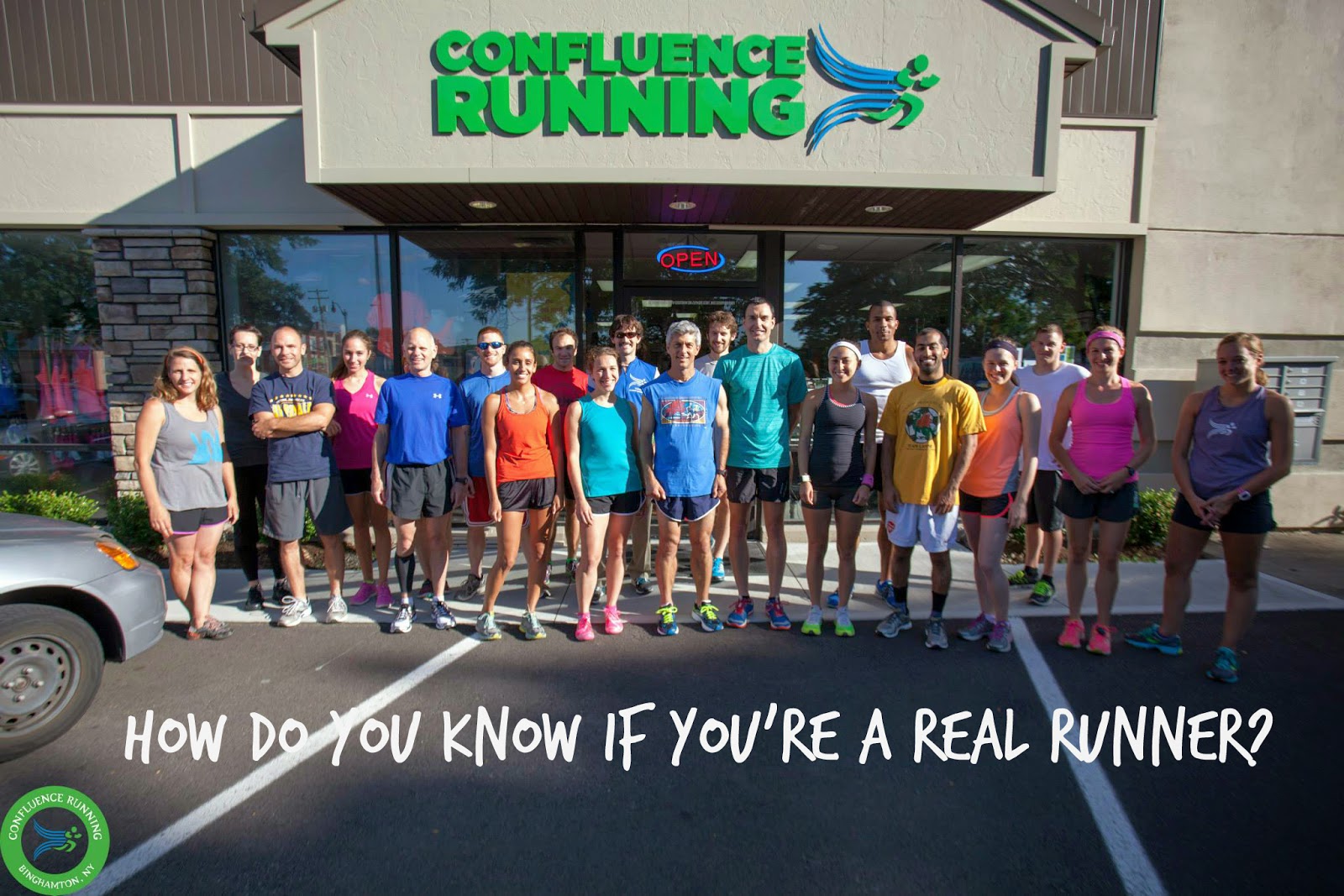 I’ve been running for 43 years. September 29, 1971 was my first cross-country practice at Maine-Endwell. I was in 7th grade and on my first run EVER I ran 7.6 miles UP Struble Road to Robinson Hill- down Country Club to Taft, UP Taft and down Hooper back to the High School.
I remember being so sore in bed that night wanting to quit and, in an era when parents didn’t baby their kids, my mother told me that if I quit I was a wimp. Thank God she made me continue to run because within about four days I was no longer sore (this includes running my first race on my fourth day of running) and hooked- for life. Back then, running was different - everyone was hard core, serious. The first road race I remember was a “5 mile” race around the grounds of the State Hospital. The spectators were patients watching out the windows. There were about 50 runners and everyone was “good”. Everyone was a serious runner who trained and raced hard.
The running boom hit and numbers grew. How many people remember the Sun Run in Downtown Binghamton? Over 600 in the 5K; I have to admit it felt really cool to be a young kid and finish up near the front with all those people running. 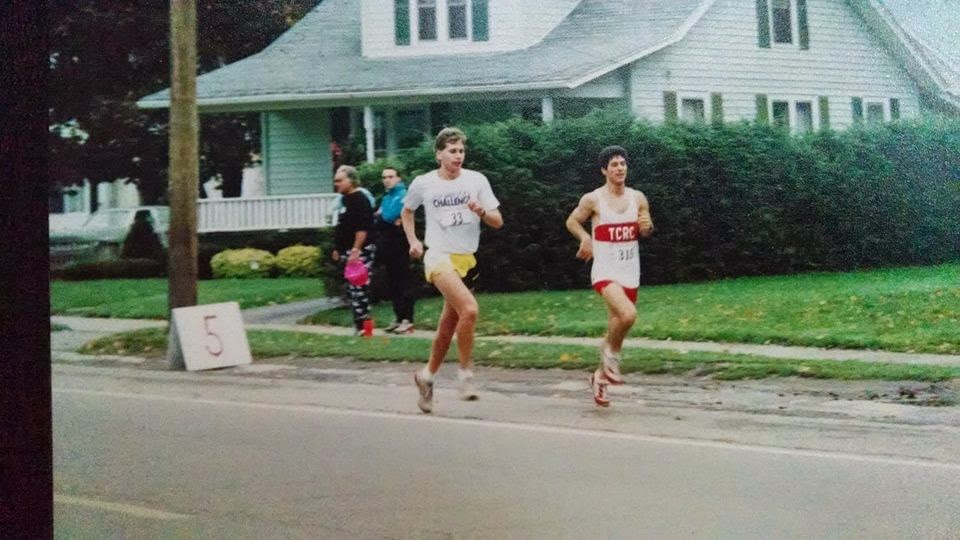 This leads up to a race I was in sometime in the early 1990’s, a friend from high school was running and told me that he was “not a REAL runner like I was”. Well that got me thinking - Just what IS a real runner? According to him, he wasn’t a real runner (and I was) because he ran a time in the mid 20’s for 5K and I was somewhere around 17:00 + or -. I was at the front of the pack and he was at the back of the pack.
OK, if I was a REAL runner then what about the guys who were running 15:00? Did THEY make ME “not a real runner”? Then, what about the guys running under 14:00? Were the 15:00 guys not real runners? I watched the Olympics and one guy won the 5000 meter run. Was he the only “real runner” in the race, in the world?
The answer is (and I speak with over 40 years of experience folks) NO!!!!
Truly, honestly, we are ALL real runners.
Do you go out and train when your schedule allows you to? Do you run the mileage your lifestyle lets you run? Do you enter races and run your best? Trying to beat your PR?
Then you are a real runner.
I was thinking about it the other day and here’s what I think: When you run there is a time when both of your feet are off the ground at the same time. When you walk one foot is always touching the ground.

So now that we’ve solved that problem let’s move on to our perceptions.

No way - I still love it and feel great doing it.
Confluence Running has these “Beginner Group Runs". Experienced runners run with newer runners. Our motto is “No runner left behind”. I really enjoy these group runs. Running along at 10:00-11:00 per mile and YES!!!! One of my feet is always off the ground!
Are these people real runners? They sure are. They are out there doing a very healthy activity and becoming “better”, so to speak. In the words of Maegan Krifchin, a Pro Runner from the Syracuse area, they are becoming the best “me” they can become.
We all have our own level- 12:39 for 5K, 15:00, 17:00, 21:00, 31:00. If you’re out there running, your best, becoming a better “you”, then you are a runner.

distance, it’s the effort, it’s YOU being YOUR

Yes, you are a runner and you should think of yourself as a runner. I’ve been a real runner for over 40 years and I respect you, so you should respect yourself.

Michael Cordi has been a dedicated track and cross country coach for years, as well as an active and enthusiastic member of the running community in Binghamton, NY.
Share
May 05, 2014 — Matthew Gawors
Back to Runner's Lifestyle Newer Post